The original town of San Marcos was at the intersection of what is now Grand Avenue and Rancho Santa Fe Road. In 1887, the Santa Fe Railroad announced that it was going to lay tracks going through the valley, but to the disappointment of the citizens, the tracks were laid one mile away from the center of the town. By 1896, San Marcos was a community with its own stores, post office, blacksmith and railroad depot. In 1903, the town appeared to be going downhill, so the people of San Marcos picked up their homes and moved along the railroad tracks to what now are Mission Road and Pico Avenue. By 1905, the town had every convenience, including rural mail delivery and telephone service. The first school in the area, which had started in Barham in 1880, was moved in 1889 to San Marcos. Later that same year, the Richland School was built, being the second school in San Marcos. The main business in San Marcos in the 19th and early 20th centuries was farming. In the mid-20th century, dairies and poultry production became a big part of the business in the town.

San Marcos is quickly becoming known as the educational hub of San Diego North with its award-winning school district. Easy commutes are also available to other nearby colleges/universities as well as several employee skills training opportunities. The San Marcos Unified School District is one of the largest school districts in San Diego County and includes 19 schools with diverse educational programs for kindergarten through adult education students. Just to name a few schools there is Palomar College, CSU San Marcos, High Tech High School, and University of St. Augustine.

San Marcos is known for having some of the best restaurants in North County. Old California Restaurant Row features a large concentration of restaurants offering a variety of cuisines. San Marcos features several golf courses such as St. Mark Golf Club. There are many fine hotels in the city including The Lake House Resort, Residence Inn, Hampton Inn, Ramada Inn, and First Choice Executive Suites. San Marcos has also become known for its abundance of open space and parks in recent years. Miles of trails have been planned and constructed to facilitate biking throughout the city. A popular destination is the top of Double Peak Park, which features a panorama of northern San Diego County from the highest coastal peak in the county. On a clear day one can see the San Bernardino Mountains in Los Angeles and the skyscrapers of downtown San Diego. An illuminated cross, which stands on a hill above Lake San Marcos and is visible at night from many parts of the city, has been a community landmark for decades. 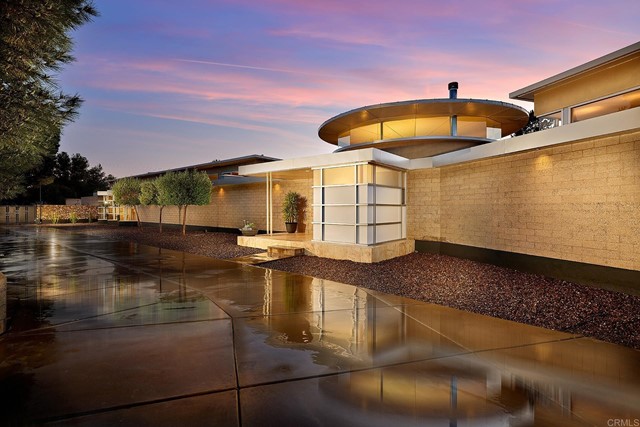 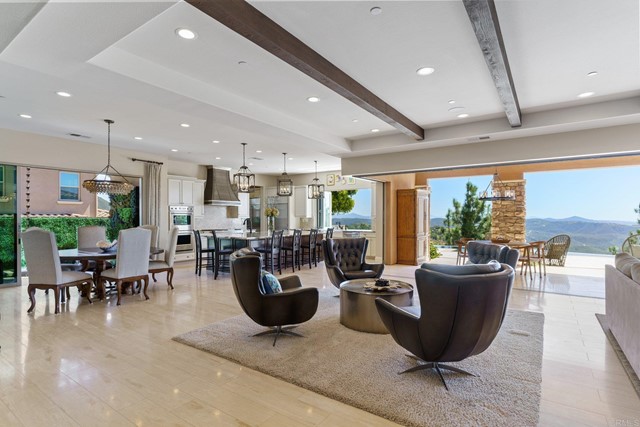 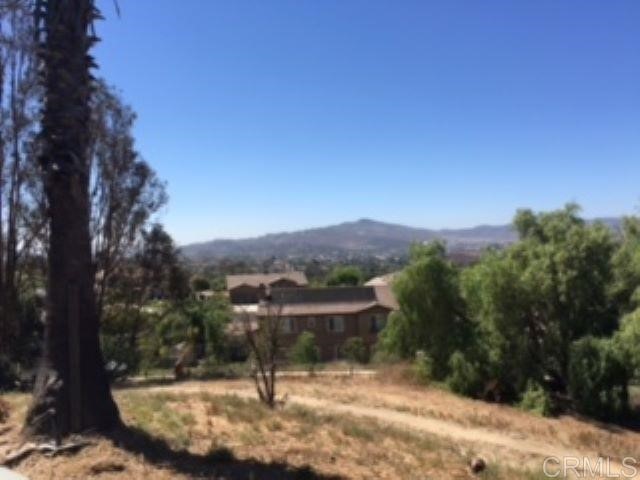